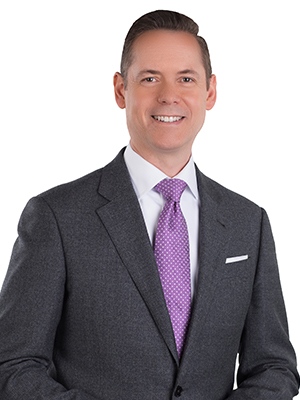 Michael is co-host of Alberta Primetime and initially joined the AMPIA Rosie award-winning news magazine program in early 2009 as a senior producer.

Michael grew up in the northeastern Alberta town of Elk Point where, at an early age, he developed a sense of community as well a great deal of pride and appreciation for what it means to be a rural Albertan.  Delivering newspapers and overcoming a fear of school speeches helped pave the way to a career in journalism.

Long before latching on to the incredible team at Alberta Primetime, Michael studied radio broadcasting in Toronto in the late 80’s where he also landed his first jobs at CJEZ-FM and CKO Newsradio.

A quick trip home to Alberta in 1990 opened the door to a lengthy stay at CKSA Radio and Television in Lloydminster where Michael’s responsibilities ran the gamut of reporter and anchor to 15 years as news director.  He also spent a year and a half at Global Edmonton.

Outside of life at Alberta Primetime, Michael treasures time with family and the occasional blast on his motorcycle.  He also has a passion for politics and a desire to learn everything possible about our incredible province.  Michael is a proud Albertan and tells anyone who will listen!